If you wanna be my Lover....You gotta get with my kids

If you are a single Mom in the awful world of dating, you know about the "Mom Bomb".

Well, that's what my daughter calls it. I don't like to give it such a negative catch phrase....BUT she is the one who came up with it.

When I would come home from a date she would ask me "So, did you drop the Mom Bomb"? Most of the time I would say "absolutely"!  Well, a few times. Let's get it straight, I didn't go on many dates. I've pretty much dated my job for the last number of years.

When you've had any taste of being in the public eye you pretty much know that someone can google you at any moment and they will know your favorite color, your dating history, your awful party pics with a lazy eye and a red bull....nothing is sacred. I was never directly in the public eye....just in the peripherals....HOWEVER my incredibly inaccurate wiki page has been a breeding ground for information including dating/marital history.

I kind of just wanted to be googled before a date....this way once they found out about the Mom Bomb I would know just how interested they were.

I made a huge mistake though.

I let perceptions, stigmas, stereo types, insecurities and judgement be the lens I saw myself and potential relationships through.

I would often say how shallow men were. I would always carry around an umbrella of doubt that would cover me when it wasn't even raining.

One time I had a friend call me out. He said...."I heard you talk about your job, your life, your ambitions, your faith but not about your family..."

I had heard so many opinions on this. Some would say to wait a couple dates in, that way they could get to know YOU first .....then you can share that you have kids.

I'm sure this is a method that works for some. I do know guys that say "I WILL NEVER DATE A WOMAN WITH KIDS".....then they meet someone, fall and love, then their hearts expand in ways they didn't realize.

There are a million ways to go about this. Some are wrong and some are right.

Most people have been through something. These days the rate of divorce/broken homes....is at an unfortunate all time high.

"Out of 12.2 million single parent families in 2012, more than 80% were headed by single mothers. About 4 out 10 children were born to unwed mothers. Nearly two-thirds are born to mothers under the age of 30."

I've talked to SOOOOO many women who think that they will not find an amazing man who would be accepting of a rocky past and children.

The truth is.....there are people who WILL view you through their own set of negative lenses. FOR SURE! At one point I dated someone who said he needed "quite some time to accept it"....WOW. That should have been a HUGE sign for me that he wasn't future step-dad material.

You see.....there are stigmas people absolutely have. They have this from the way they were raised or their own lack of wisdom on the subject. They embroider it together like a girl scout badge and hand it to you to sew on your life sash! We actually take these badges and we WEAR THEM!  In fact, we even sew them on OURSELVES! We put them next to our divorce badge...some have an ex-addict badge, high-school drop out badge....there are too many things to list.

The truth is, there is absolutely no reason to wear the poor choices of our past around our chest. You are NOT collecting badges for your sash.

Every time I'm at the grocery store I get sucked into an US weekly magazine to pass time and more often than not there is the "Who wore it better" section at the front of the magazine. Both girls are wearing the same exact dress but the magazine readers vote on the celebrity who "rocks" the look better. Sometimes it's the girl with longer legs who wins.....for sure.....BUT I will say most of the time it's the girl with the beautiful smile whose shoulders stand proudly and wear the dress without the dress wearing them.

I see women who let life wear them and it makes all the difference as to how someone views you. At the end of the day it is simply choosing to go into any and all situations with your shoulders back, a big smile and a pride in how you've overcome the challenges of life. Some people wear it better than others and Some people allow it to swallow them whole to where they just don't know how to live in it.

Mother's Day is coming this week and I'm not saying to go out and find yourself a single Mom today! It actually just doesn't fit for some people.....AND that is FINE!

It's just not about other people.

It's about accepting where YOU are in life, where YOU'VE been and who YOU'VE  become.

It's about walking into any situation with the mindset that you are a gift and your past is a beautiful chapter in your journey. It can be used to understand and show grace for others and most importantly grace for yourself.

Who wore it better??

When you live out joy in your situation and wear it with pride, it really doesn't matter what it says on your paper trail. People won't be able to read it through the aura of pride and freedom you exude.

So, my giant detour is leading me back to the Mom Bombbbb!

Single parents.....your family is a gift and the right person will see it that way.

Shout it from the rooftops and don't be afraid of it. As much as your extra-curricular activities, faith and job can give a potential dater the insight as to who you are....your kids are at the front of that. I simply don't feel like that should ever be held back. 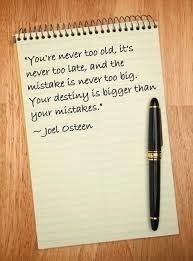 The broken family can break the bank

or at least the 85% that pay child support in America. After the dissolution of marriage only 15% of child support paying check writers are women.

Yes. I feel for the men in America.

Years ago when my fight for custody began, I was judged for my profession. They found music to be self seeking and unstable.

Some people spend years and years in college developing their craft so they can go out and make a difference for their future.

I guess you would say honing in and developing my vocalist skills were my Harvard days. Music was all I knew growing up. I was never asked where I wanted to go to college or what I wanted to major in, I had no idea what that meant till I was in my 20's. My questions were "how do you want God to use your talents and gifts"?

Had you told me in my teens that the court system views this choice of profession as unstable and you may be minimized to partial custody of your son with Summer and Christmas time, I would've probably studied hard. I simply had no idea.

I return in September to fight in hopes to regain primary residential custody of my boy. I will not get into details but the court proved wrong in their decision as he has had to face a scary and unstable environment. A few years ago I knew that the touring life would hurt my chances of getting my son back, so I got off the road completely and threw in the towel when it came to dreaming of touring again. A decision I was so happy to make. I established a life as a session singer and songwriter. These things are now the most satisfying work decisions I've made in my life.

Y'all, I want to be so bitter sometimes. My human self wants to ask God why injustice is allowed and why evil can prevail? Why honesty doesn't always win and why I'm not tucking in my boy every single night???

I had quite the morning. I wanted to scream!

Why do I pay for round trip tickets to Florida every single month for a 48 hour trip to see my boy? Not to exclude airfare, rental cars, child care or a plane ticket for my daughter, parking or an uber to the airport in L.A., food, activities....etc

Why do I pay for 2 lawyers and court therapist?

Well, marriage is a BIG deal. When you're 21 and running from a rocky past it's easy to fall into a situation that could in any way mask or divert your attention from the brokenness!

Our decisions can and will follow us. As much as my upbringing and my unfortunate events are a major culprit in my poor choices, I STILL made them.

I was watching Joel Osteen this week and he said that we can receive signs from God when things aren't right. We don't hear the loud booming audible voice but he speaks to us in peace, confirmation, feelings and urges.  His voice is often quiet. To hear him you need to get closer.....that is how you hear a whisper.

You see I want God to float down and give me a giant ass wink and nod and Say "Yo Nikki, I see your pain and it'll be done soon....hold tight".....YEAH!! However, I often overlook the strength and peace he has given me to endure this situation and focus on a BIG ol' sign.

Well, Not only has he given me the ability to stand and make it through, BUT he has provided every penny to get through this. Every penny. Nothing has been charged on credit and all has been taken care of. Every flight....every cent.

It often takes a good amount of time to turn a situation entirely around. The weight of our decisions can last for a bit. I believe in miracles and I believe in radical transformations, but the most amazing and sustaining changes are the ones you take time to walk through. Those are the changes that reconstruct an unstable house from it's foundation. Had I been handed everything I desired, I may not have been able to see the weight of a decision and have the wisdom it takes to step into my future with clarity of what it truly means to make a wise choice.

Through all the money lost in this fight, I can say that I gained things that are far more valuable.

I'm fine with breaking my bank because I'm not breaking. I am full. God keeps giving me these giant transfers when my soul is almost bankrupt. How about that for money analogies?? ha

I will leave you with this... 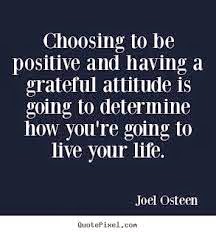 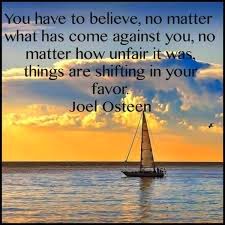